We take direction and inspiration from a group of experienced and talented cultural champions.

Culture24’s reputation and network is very strong in the digital, technology and media sectors, as is our diverse board of 11 trustees.  Many have direct links into many of the top companies within these rapidly growing industries, as well as in-depth financial, business and cultural sector experience.

Anna Rafferty (Chair) is Vice President for Digital Consumer Engagement at the LEGO Group. She was previously Global Director: Digital Marketing for BBC Studios; Director of Product, Creative & Content at J.K. Rowling’s Pottermore and prior to that ran digital marketing, publishing and innovation at Penguin Books.  Anna is the Board Director for the Women’s Prize for Fiction and is a Fellow of the Royal Society of Arts. 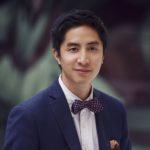 Dan Vo is a media producer and museum professional. He was recently appointed the project manager and lead researcher for the Queer Heritage and Collections Network, a partnership formed of the National Trust, English Heritage, Historic England, Historic Royal Palaces, the Research Centre for Museums and Galleries supported by the Art Fund. He has developed LGBTQ+ tours for several museums in the UK, and promotes diversity, equality and inclusion in the UK museum sector as a patron of LGBT+ History Month and Stonewall BAME Role Model.​ 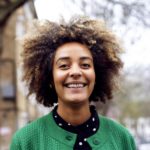 Gillian Jackson is Director of Engagement at the House of St Barnabas, where she leads the brand, engagement and cultural experience of its supporters. She is a member of the Mayor of London’s landmark Commission for Diversity in the Public Realm. Previously, Gillian was Head of Engagement at social enterprise Livity. She has worked in music, culture programming and events for 15 years, leading long-term projects to develop new thinking via the cross-pollination of arts, culture and technology. 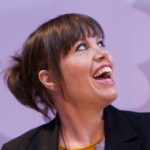 Kati Price heads up digital media and publishing at the Victoria and Albert Museum, managing a team that works in technology, design and content. She’s responsible for the brand and user experience of the V&A’s digital estate and oversees content commissioning and production. Kati is passionate about user-centred design, content and the digital realm. She is a mentor and coach and regularly speaks at international conferences. 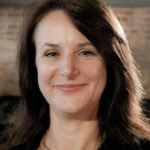 Ros Lawler has over 20 years’ experience of working with world leading commercial and not for profit organisations including Channel 4, Radio 1, Random House Publishing and Tate, with a focus on digital strategy and change management. Ros is now Chief Operating Officer at the National Portrait Gallery where she is working on Inspiring People – a 3 year project which will transform the Gallery.

Lianre Robinson is Head of Client Services at Codec – a cultural intelligence platform enabling brands to make smarter marketing decisions at the speed of culture. She is also a mentor on the SheSays mentoring programme Who’s Your Momma and a Pitch Superwoman 2020. Lianre was previously a director at Livity, a youth-led creative network and Client Services Director at LADbible Group, one of the most prominent social video publishers. 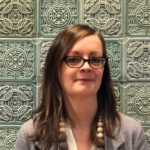 Yvonne Hardman is Head of Collections and Programmes at Leeds Museums and Galleries, the largest local authority-run museum service in the country, running nine museums across the city. Prior to this she worked in the North West, most recently as the art curator at Touchstones Rochdale for over ten years. Yvonne has previously been a director at Manchester Craft and Design Centre and an artistic assessor for Arts Council England. 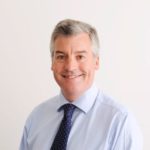 Philip Shepherd has worked as a strategic adviser in the media and entertainment sector for over 20 years. He was a Partner in PwC’s Media, Hospitality & Leisure practice in the UK and Middle East and has worked with many public and private sector organisations to advise on financing growth and digital transformation. 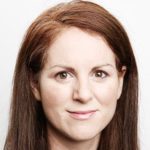 Anouska Spiers is COO and General Counsel for Marv Studios, Matthew Vaughn and Claudia Schiffer’s film production and brand licensing business. Prior to joining Marv in 2018, she was a partner at The Blair Partnership, J.K. Rowling’s literary agency and a director of J.K. Rowling’s Pottermore. Anouska originally trained as solicitor in the commercial team at Olswang LLP. She is a mentor on the Next Generation Counsel scheme, which supports the career development of women in-house counsel. 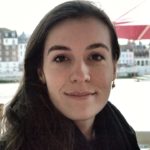 Stella Toonen is a PhD student based both at Tate Modern and King’s College London, researching the Tate Exchange programme and the concept of co-creation between museums and communities. She is also a freelance arts producer with expertise working in museums, and organising participatory events, learning programmes, exhibitions and installations. She sits on the board of Young People in the Arts as an adviser, having stepped down as one of its executive directors in 2018.

Rob Yates has worked in fundraising for more than 15 years. He has worked at the Royal Botanic Gardens, Kew and the Royal Pavilion & Museums in Brighton, where he helped establish a successful fundraising programme. He is a Development Manager at the University of Sussex.

More about who we are.